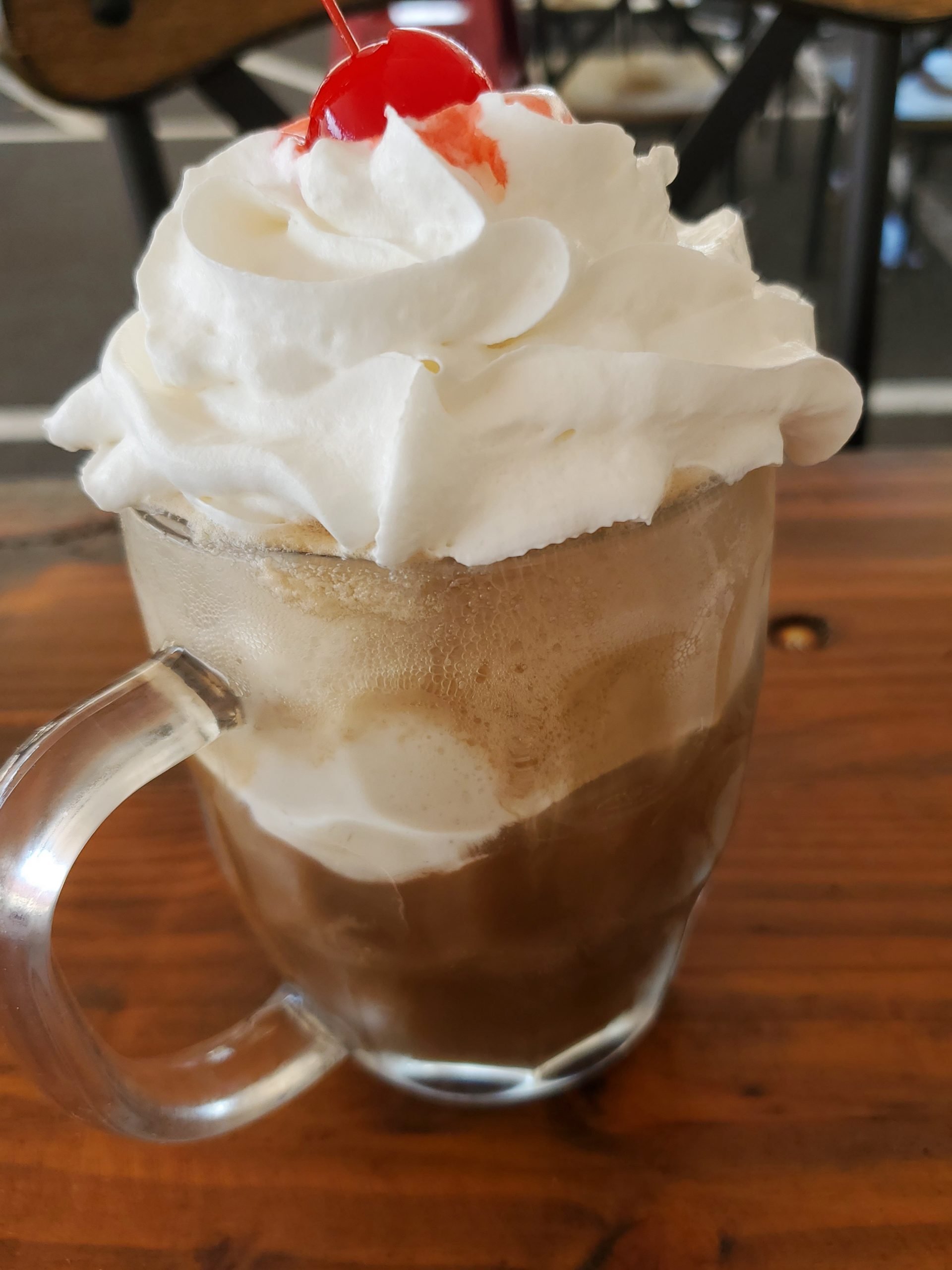 Japan is home to many weird treats that, unless you grow up eating, likely taste gross to you.

Well, it turns out, most of the world doesn’t drink root beer.

And much of the world thinks it’s gross (examples: here and here). So root beer is a little like our shrimp chips.

Here in Connecticut there are a number of local soda makers.

Some of these soda makers also make root beer.

And occasionally, a CT restaurant gets it into their heads to make a root beer float using a locally made root beer.

Here they are, ranked.

Avery’s Soda is a soda company that has been in New Britain since 1904.

The root beer is very thin without a lot of body to it. That makes it easier to drink on its own, as there is no overpowering flavor.

The ice cream is also very thin, being overly whipped with air and somewhat grainy.

Paired together, the whole thing is fairly bland.

The Rating: Root Beer Float with Avery’s root beer at Scoops and Sprinkles

Hosmer Mountain Soda is a soda company out of Manchester.

The root beer is very weak. Far too weak to stand up to ice cream.

The flavor is extremely light, even simple vanilla ice cream overpowers it.

The ice cream is good, but numerous ice crystals start to coalesce on the bottom.

It’s fine, but loses it’s momentum by the time you get to the end.

Foxon Park Beverages is a soda company in East Haven, just up the road, established in 1922.

One mile away is a pizza and ice cream shop that makes Root Beer Floats using Foxon Park Root Beer.

Here, the ice cream is too weak for the root beer.

It’s not that Foxon Park’s root beer has a particularly strong bite or anything.

But the vanilla ice cream at Capotorto’s is icy and very weak on flavor.

That means the root beer float you are left with is just a slightly creamy root beer.

This classic drive-in has a wacky-yet-weirdly addictive burger, and also brews their own root beer.

The root beer itself is mild, yet sweeter than other root beers.

The lack of harsh bite and sweetness means it pairs well with the ice cream.

This is pretty good.

The root beer could use a bolder flavor, but otherwise, it’s just fine.

Alliteration aside, the root beer is brewed in-house.

It has a good bite to it, with almost a chocolate and (black) licorice flavor to it.

The ice cream is more like frozen yogurt than scoops of hard ice cream.

This means the ice cream melts very quickly into the root beer.

This is probably one of the best root beer floats in Connecticut.

There is a bit too much whipped cream, so try it without to get the full flavor.