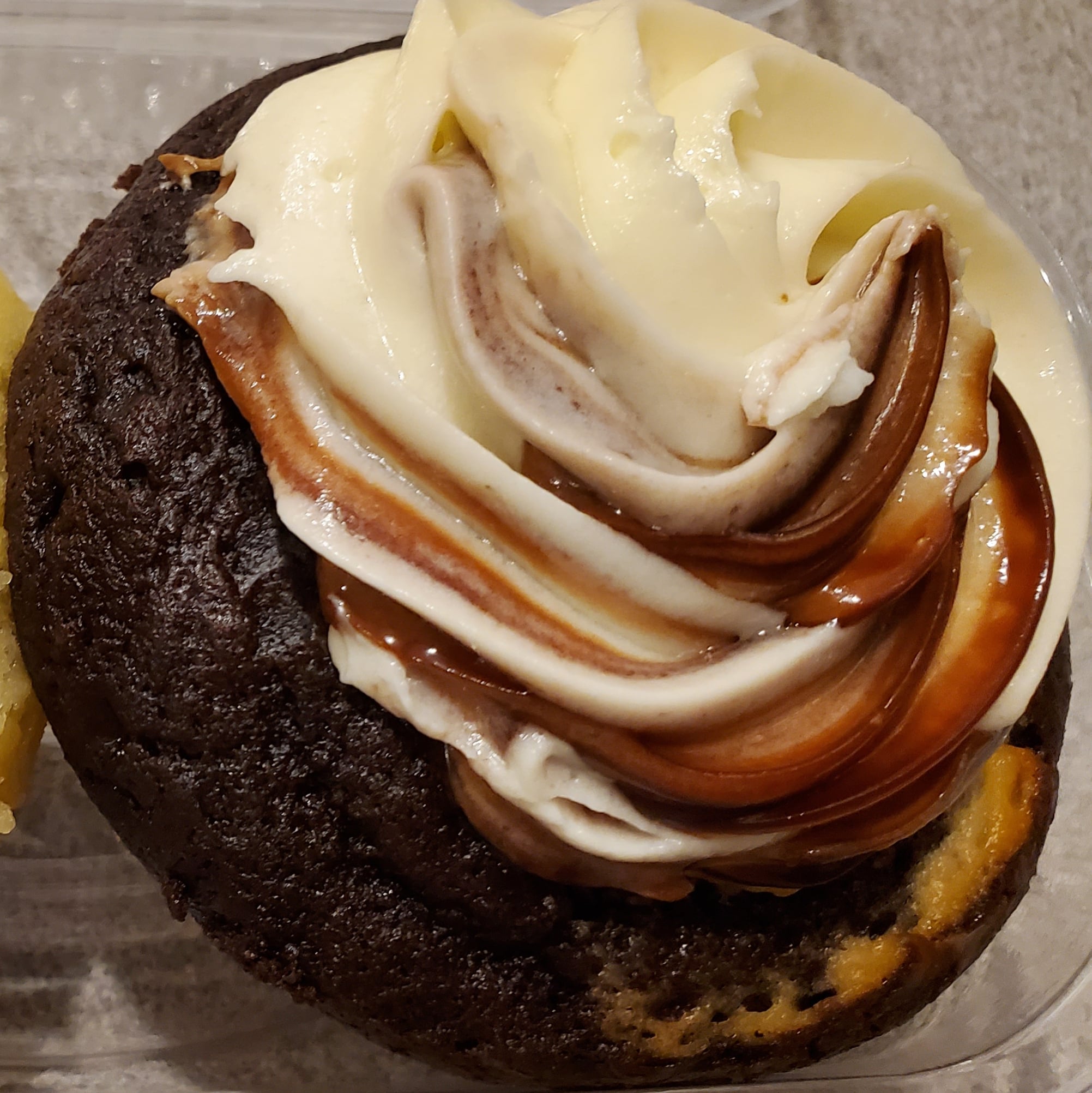 On the search for the best cupcake in Connecticut brings us to Sugar Bakery in East Haven.

I came for the Cannoli cupcake, which is their ‘signature’ cupcake and it seems what they are known for.

Don’t get me wrong, the Cannoli cupcake is good. The vanilla cake is actually better than the chocolate cake in the cupcake I’m going to say is better.

The mini chocolate chips are a wonderful, flavorful chocolate that give these tiny little explosions of flavor.

The vanilla cake is incredible. It is damp, flavorful, and doesn’t crumble as you try to eat it.

The only downside is the cannoli filling, which is mediocre.

Which, stacked up against the rest of the ingredients, is a little disappointing.

But overall, the Cannoli cupcake is very good.

The rating for the Cannoli cupcake:

It’s perfectly made cake and sweet chocolatey explosions are great.

In the words of Jeremy Clarkson, this is brilliant, but I like this.

Yes, the cake here isn’t as good as the vanilla cake.

Yes, the chocolate cake is a little too crumbly, not as damp.

But the Black Bottom cupcake is better.

The frosting is cream cheese and chocolate fudge swirled together.

Who can’t love that?

The Black Bottom cupcake is better.

The vanilla cake is better than the chocolate cake. But chocolate fudge swirled with cream cheese frosting? Those chocolate chips in a cheesecake stuffing? You can’t beat that. If they would make something with a vanilla cake and those other bits? That would border on the best cupcake in CT. Until then, try what they’ve got; they get new flavors every month.