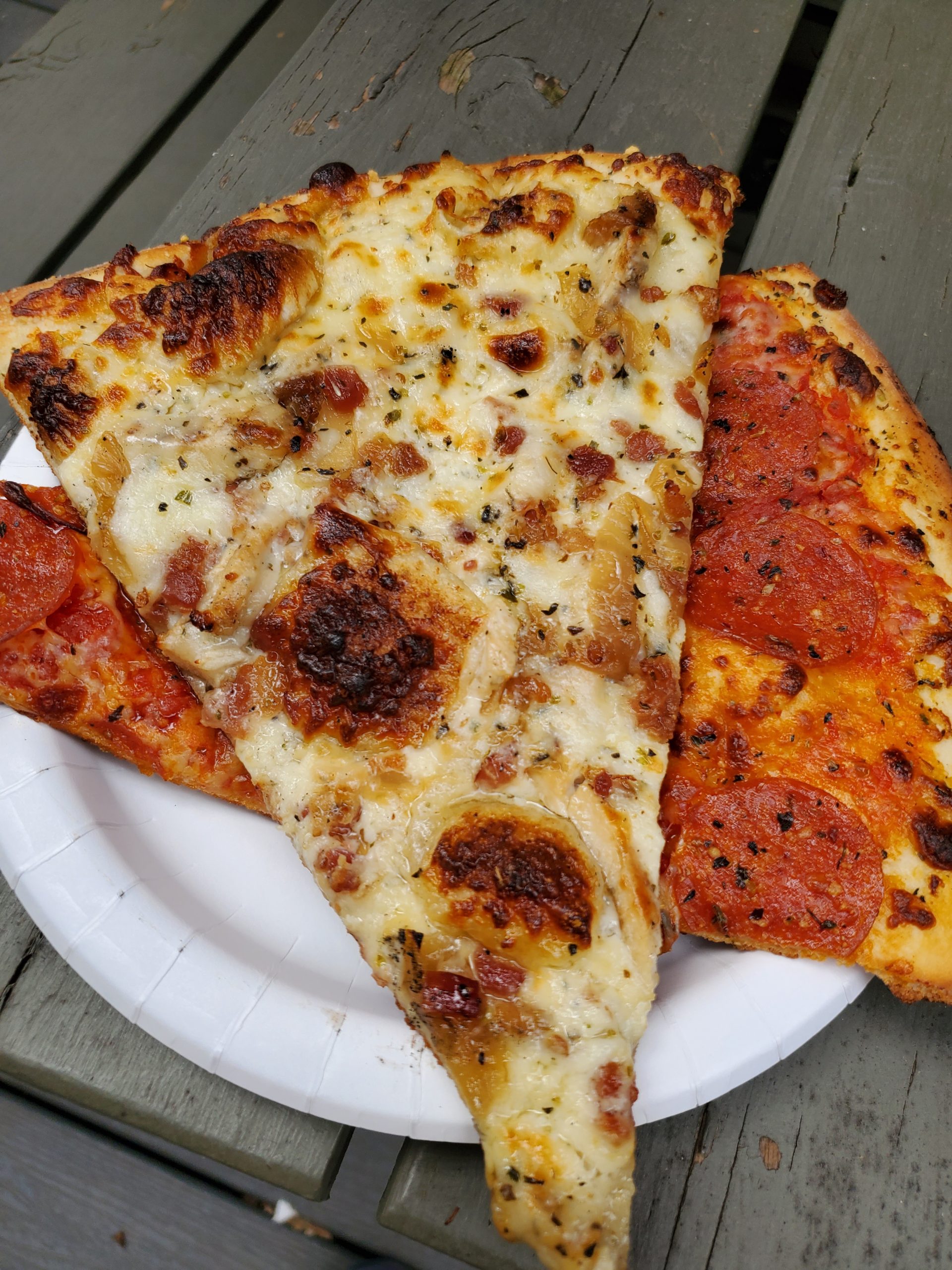 Wicked Slice, with locations in Coventry and Hebron, are looking to make it onto the pizza scene in Connecticut.

Here they make slices as well as whole pies.

When asking what to try for our first outing there, they suggested the pepperoni and the Chicken Peppercorn.
Pepperoni Pizza

As you can see, there are lots of herbs all over the pizza.

The pepperoni itself has a decent amount of spice to it, blending with the herbs nicely.

The taste of the herbs can get a little overwhelming, but its still nice.

White pizza is an abomination.

But when the people say the one to try is a while pizza, who are we to argue?

The Chicken Peppercorn used ranch dressing as a base, then is covered in cheese, chicken, bacon, and carmelized onions.

Here the over-herbing the red pies come with due to not only the herbs on top but also in the sauce is toned down.

The carmelized onions add to the sweetness, while the bacon adds the saltiness.

They were right, it’s the one to get.