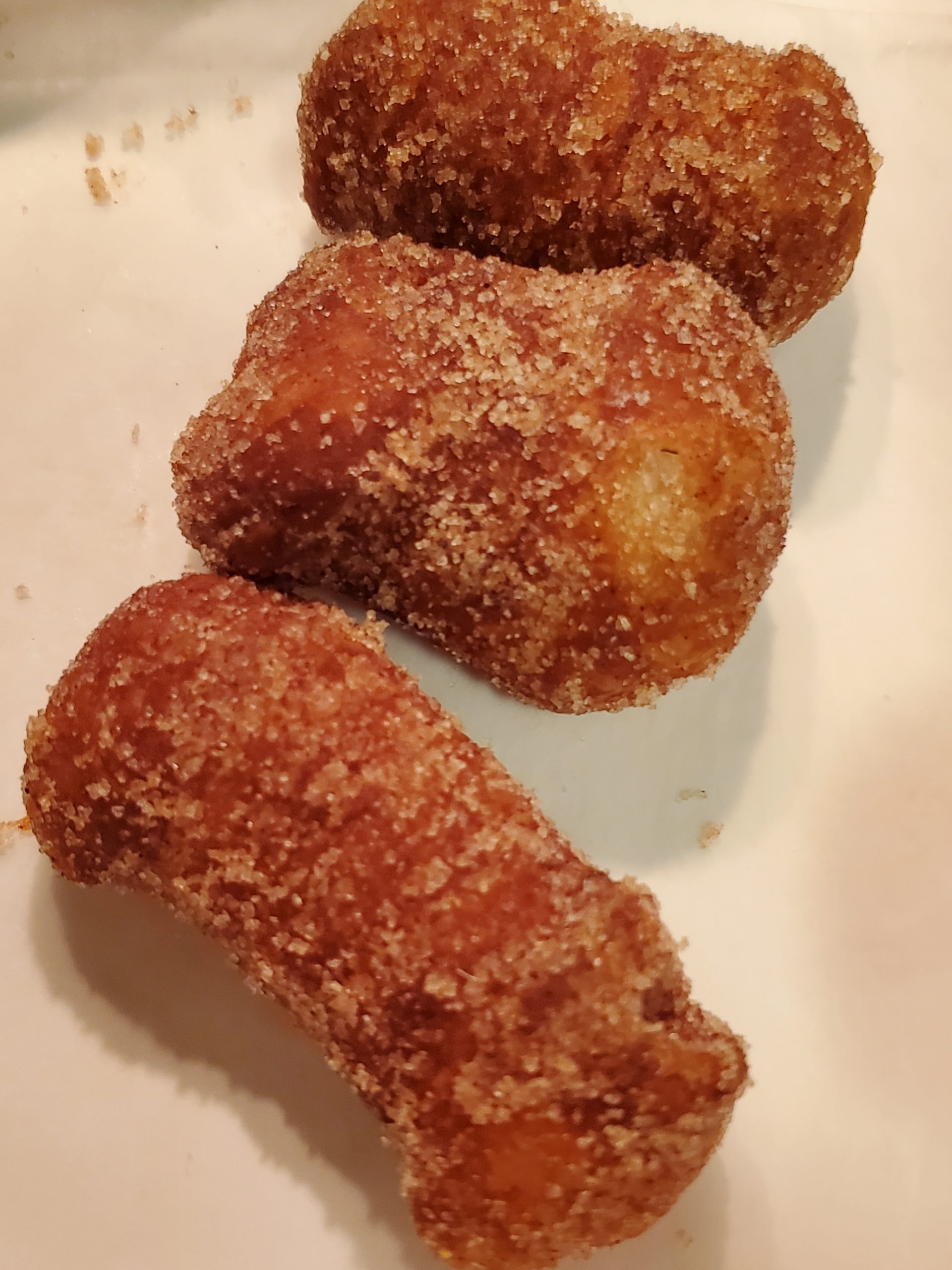 This French bakery in Connecticut, this patisserie in Fairfield.

I was so excited about this place.

But everything we tried here was mostly disappointing.

Except for the Croissant Donut holes.

But you shouldn’t care.

When somewhere does something well, who cares about trends?

The problem is, this place doesn’t even do Croissant Donuts well.

Let’s see what they’ve got…

The Macarons were terribly disappointing.

The caramel was very light, with a slight marshmallowy taste.

After a little bit, you realize it basically tastes like the buttered popcorn jelly beans.

The Chocolate tasted mostly like cocoa, but with an overcooked quality.

Imagine the corner piece of a pan of brownies, but someone didn’t add enough chocolate.

But then, there was a very odd aftertaste, like too much cleaner.

The major complaint with the croissant donuts is the shell.

It almost hurts to fully bite through them.

But it tastes like a peanut toffee with an almond aftertaste.

The chocolate is…okay, doesn’t add much but doesn’t detract.

But this shortbread? This is good.

Not too buttery, not too dry.

Even that chocolate dip goes well.

Okay, up until now, almost everything has been bready.

So we had to try something else.

The chocolate flavor in this raspberry bomb is light.

The raspberry flavor inside is solid, like a nice preserve.

A lot of things tried, from a very fancy place, to get us to the highlight of this patisserie (so far).

These are amazingly crispy.

And with such a large surface area, the cinnamon sugar gets a chance to shine through.

The interior dough is chewy but light.

The holes highlight what’s wrong with the croissant donuts.

Basically, they are all air.

But in the holes, it’s pretty dense, and nice.