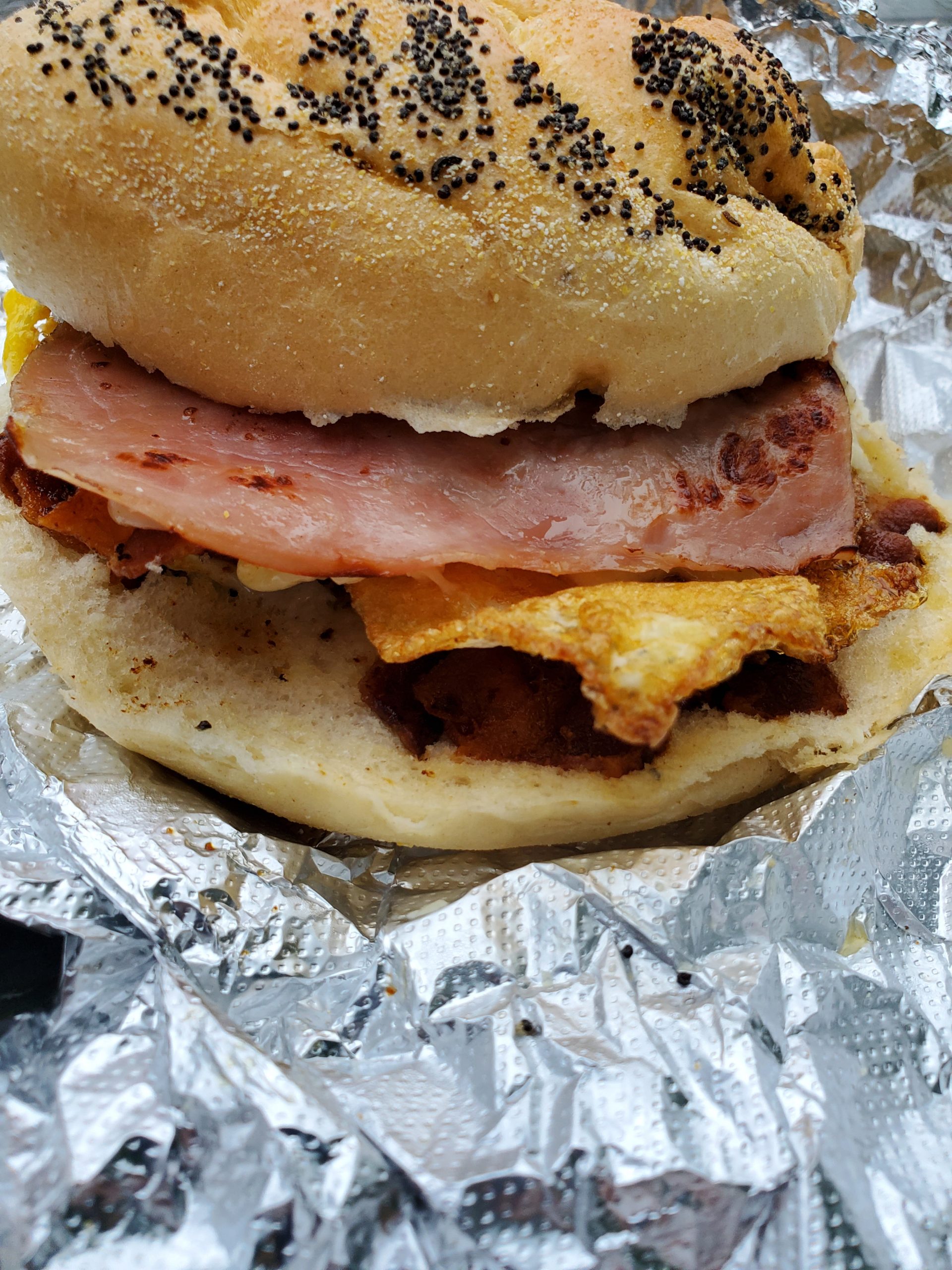 Last time I tried Ray & Mike’s I saw they had won some awards for best cheesesteak.

So why not try the steak egg and cheese breakfast sandwich?

Well, it turns out, I was wrong.

That is not the thing to get here.

All on a thick roll.

Now who can argue with that.

It is a really good sandiwich.

But it’s just too much.

That first bite you are catching so much flavor.

But then as you dig in you find the hash browns are really thick.

With the thick hard roll it dries out your mouth.

The real highlight in this sandwich are the sausage (which has an amazing flavor).

Paired with the standard American cheese and crusty hash browns this is a damn fine breakfast sandwich.

I’d say, get s sausage egg and cheese, add a hashbrown, then see if you can get a sauce or a thinner bread than the hard roll.