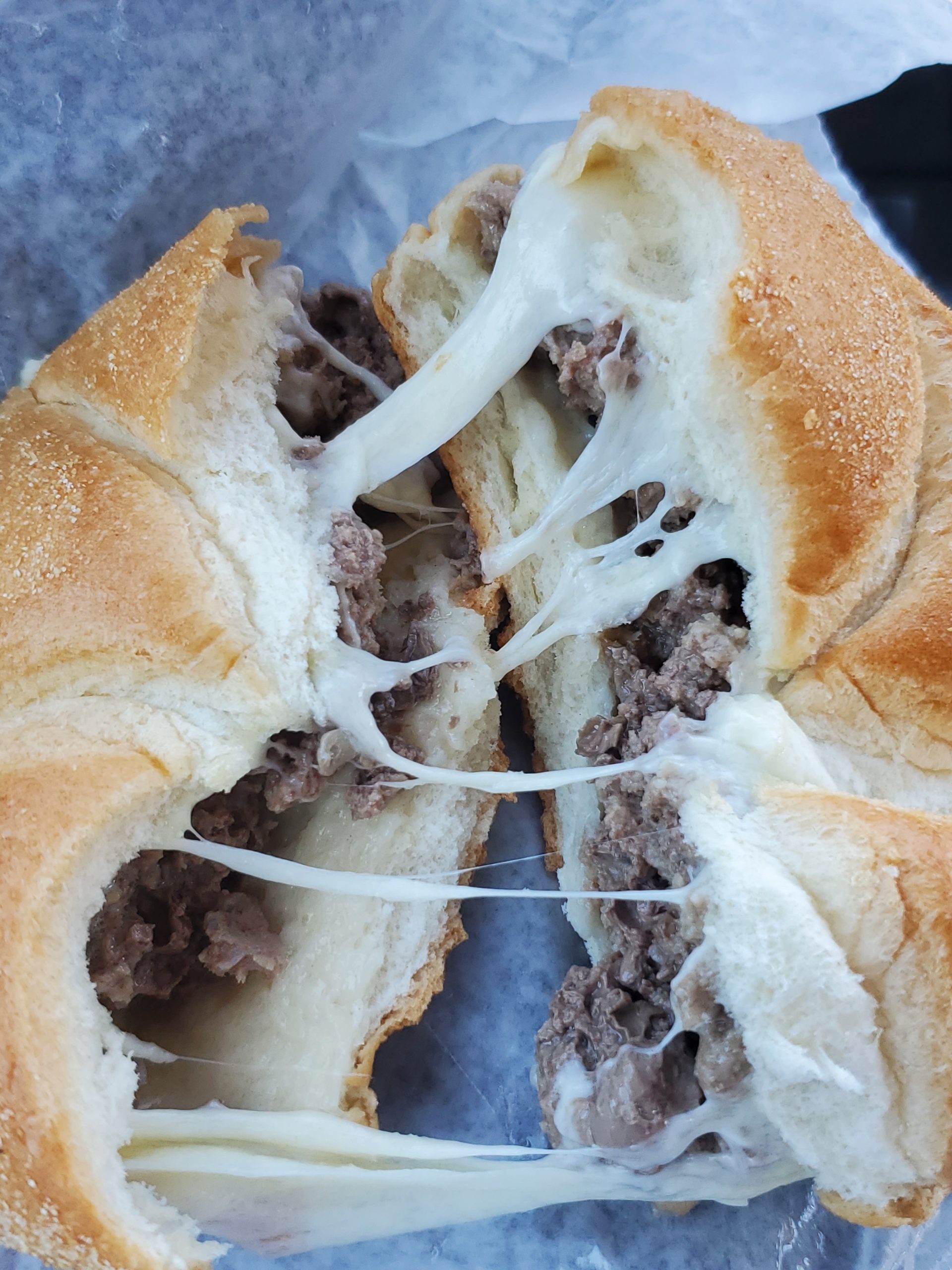 What an odd concept.

Why would anyone choose to steam a cheeseburger?

Restauranteurs need a way to cook burgers quickly and cheaply.

Steam is an efficient way to cook. So sure, let’s say that is it.

The meat and cheese in a steamed cheeseburger are both steam cooked.

Ted’s Restaurant in Meriden is the quintessential place for steamed cheeseburgers.

While K Lamay’s Steamed Cheeseburgers, also in Meriden, is in competition.

So who has the better Steamed Cheeseburger, possibly the best steamed cheeseburger in Connecticut? Let’s find out.

The cheese is solid, and has that great melty quality to it.

The bun is a bit much for the burger. Maybe if you get a double cheeseburger the bread to meat ratio is less imbalanced, but with their namesake single cheeseburger, there is too much bread.

The ground beef breaks apart a lot. Not like its formed into a burger, more like a Salisbury steak consistency, but overall it just tastes like the color grey.

Here the meat is slightly seasoned, which is more than I can say at Ted’s.

The roll is a bit lighter and the meat a bit bigger, bringing the bread to meat ratio to better proportions.

Where this place shines is the cheese.

The cheese tastes like a combination of super sharp cheddar cheese and parmesan. Like a parmesan crisp with Wisconsin sharp cheddar melted in.

The best steamed cheeseburger in this head to head is K LaMay’s, whose excellent cheese and better bread to meat ratio make it the superior option.