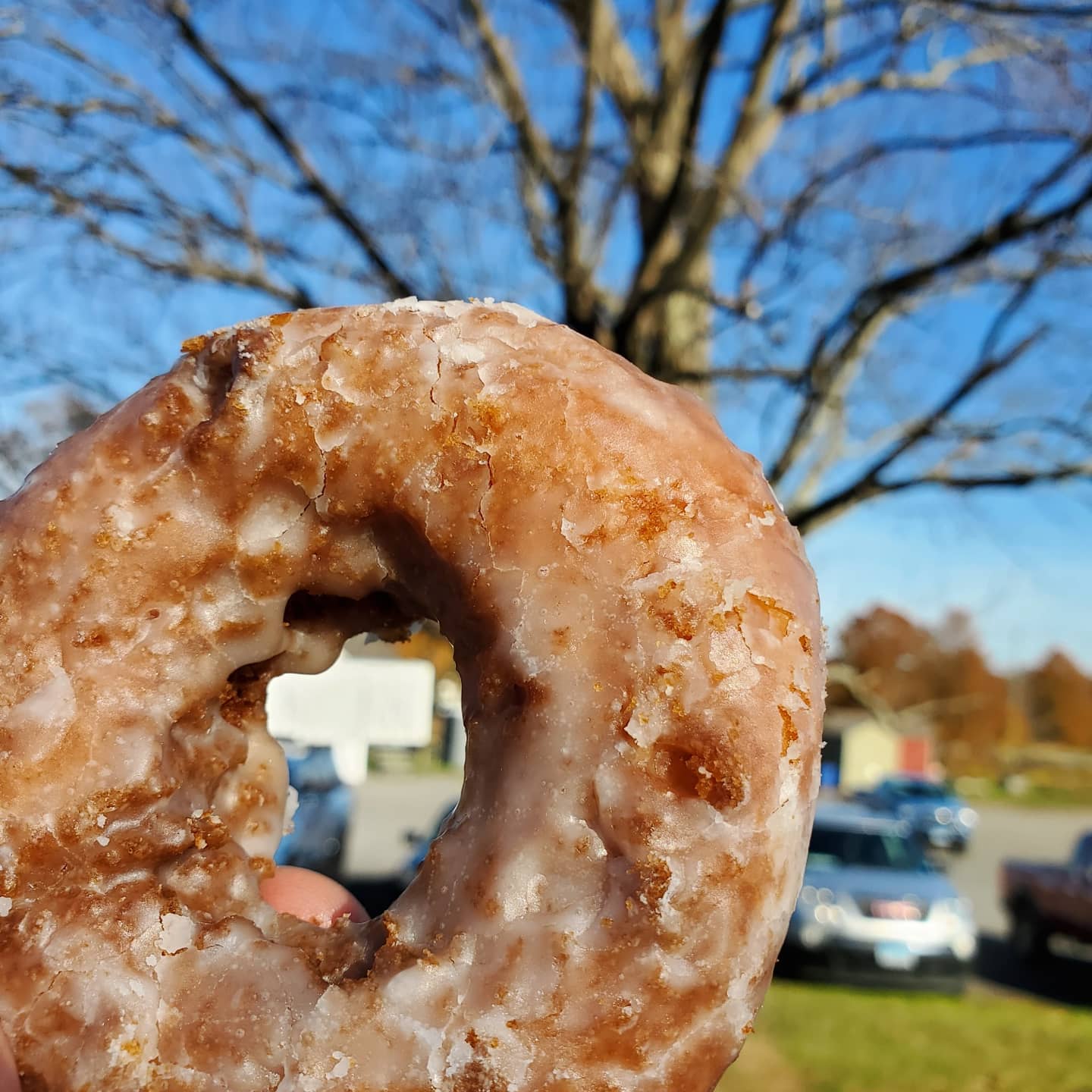 Probably the most recognizable name for farm-related activities in CT, Lyman Orchards in 2020’s pandemic was much more subdued than its previous years.

The cider donuts, which often top lists of best cider donuts in the state, are the target here.

The first thing you notice is that the donuts are obviously high quality.

Just look at that exterior of the plain cider donut…

crispy as a mofo.

The inside of the donut is fluffy and has a wonderful hydrated texture.

But the problem is the taste.

The cinnamon-cider donut, of which there is lots of cinnamon, tastes just like crispy cinnamon and sugar.

The best of the bunch is the glazed donut, which tastes like (you guessed it) crispy glaze.

While in non-pandemic times Lyman Orchards is a wonderland of pumpkins, sprawling corn mazes, and pick-your-own fruits like apples and strawberries, the donuts on their own, stripped of all the foofery, are bland.

The recommendation: Don’t come here just for the donuts. I’m sure other baked goods with more apples in them (like apple fritters, or pies) are wonderful.