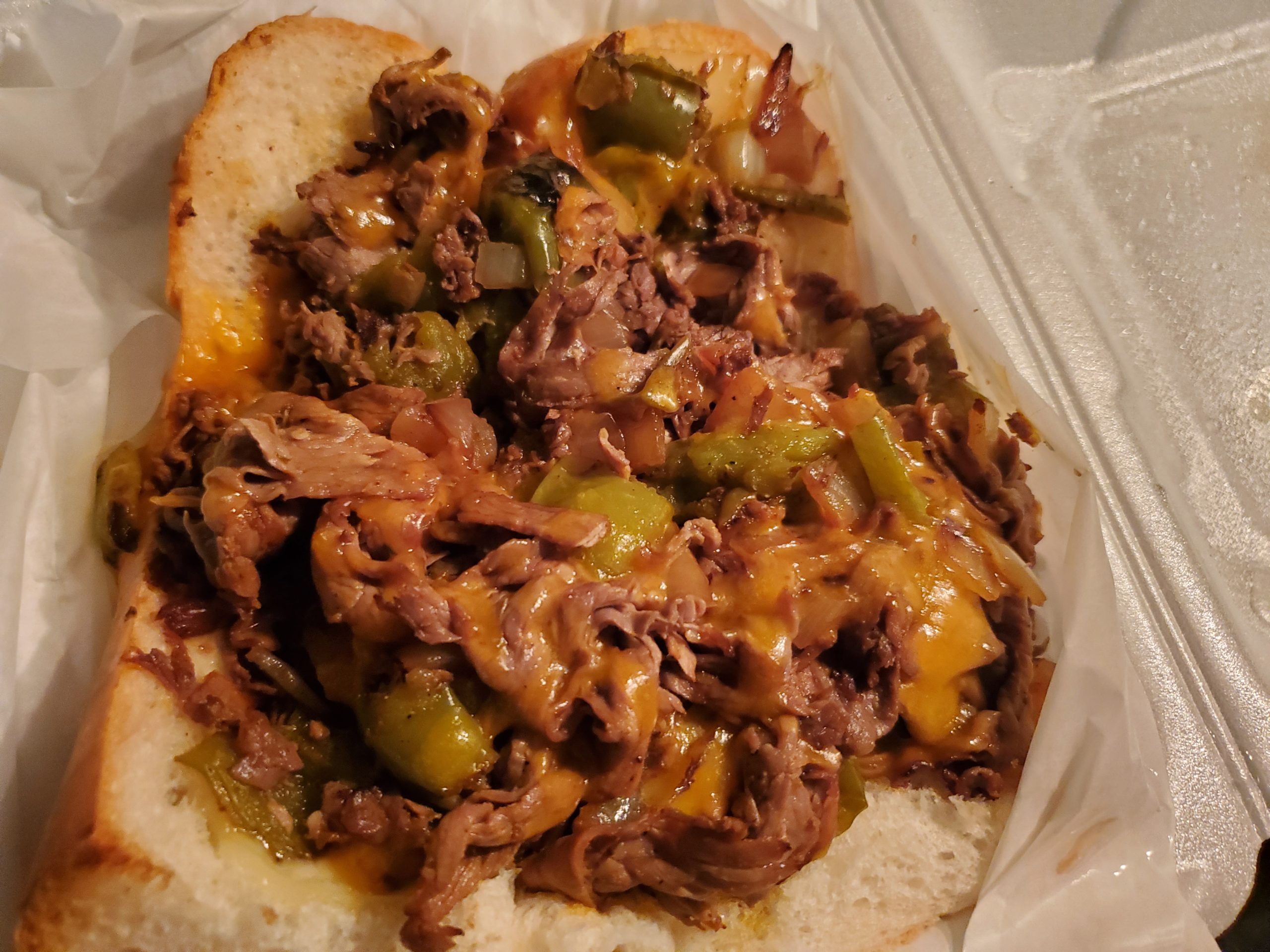 On the search for the best Grinder in Connecticut brings us to Second Poquonock Giant Grinder in Windsor Locks.

Connecticut is full of grinders; and unfortunately, since the pandemic many places have left us.

The grinders at Second Poquonock are, indeed, giant.

And not giant as in it has huge bread and toppings, but instead lots of meat.

So we tried two, a combination sliced meat, and a philly cheesesteak.

First, the wraps are garbage.

BUT, they are maybe the only way to constrain the pure ton of meat they put on the grinders here.

The combination is ham and salami.

The problem is the salami tastes mostly like bologna.

Maybe it’s the ham, but it didn’t seem that way.

Toppings were fine, but overall a little dissappointment from such a hyped up place.

Maybe it was the wrap and the specific meats.

We tried something new:

Again, so much meat.

The veggies are sautéed nicely, not mushy but not underdone.

The bread is solid as well.

The real kicker is either the natural juice or a jus they add, which soaks into the bread, which is very nice.

It’s just very tasty all around, and I’d definitely come back for just this.