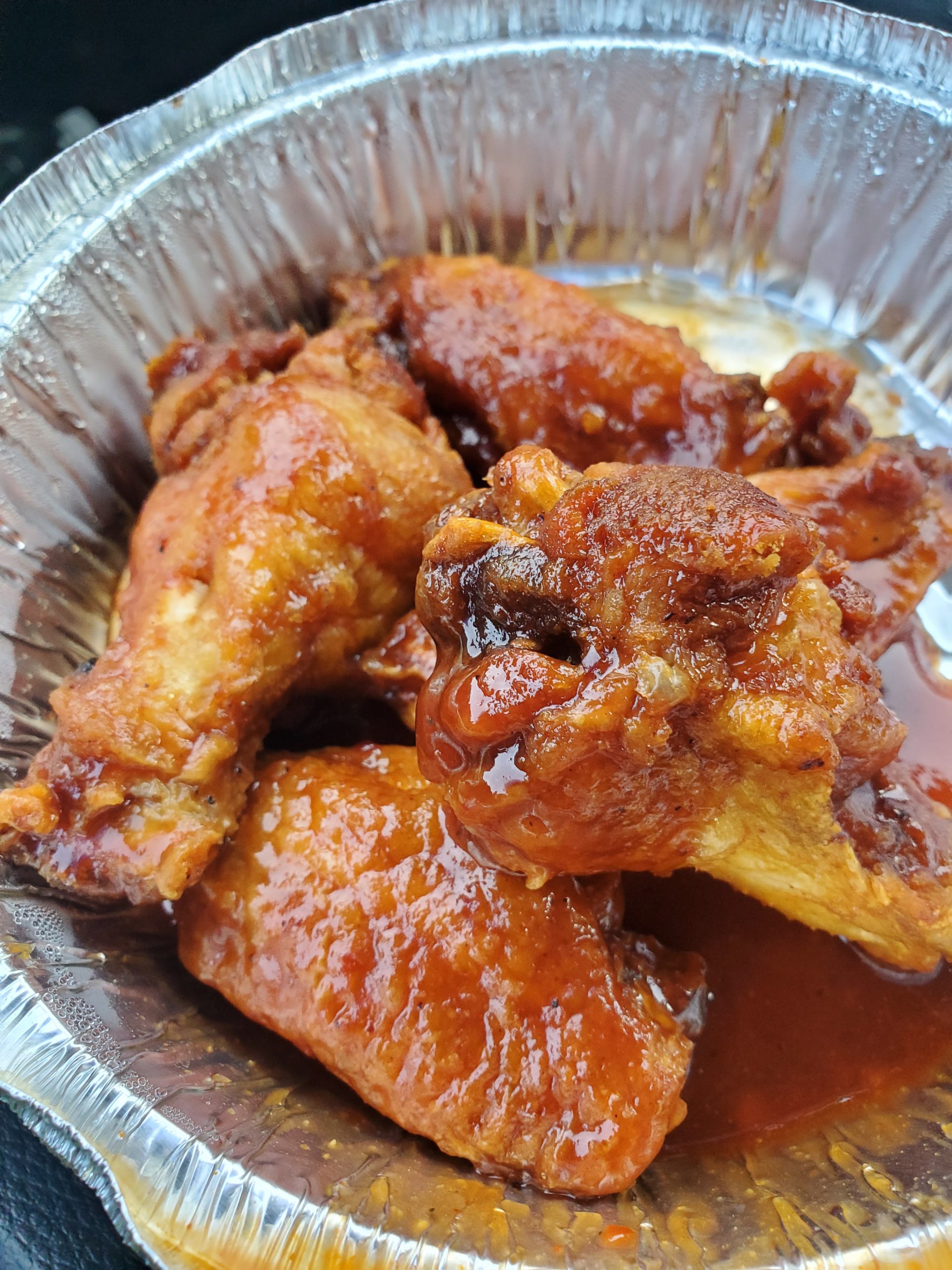 On the search for the best wings in Connecticut brings us to TK’s American Cafe in Danbury.

The bar is a heavily influenced soccer bar.

Even an official haunt of both the American Outlaws and the home of FC BAYERN MUNICH in CT.

Here, they really like to mix and match their sauces.

Overall it looks like they have 1 dozen sauces and then use those to mix into new and interesting flavors.

I asked for a recommendation and was told to get the Honey X-Hot and the Charlie.

All of the wings are a good thick size and while they start crisp they lose the crispiness fast.

The Honey X-Hot had a medium spice from their X-hot buffalo wings and just a little bit of sticky sweetness from the added honey.

The Charlie wings are a mix of Teriyaki, Honey BBQ & a splash of Suicide (their hottest sauce).

Both the Honey X-hot and the Charlie wings are good, a rack up a solid

But in the spirit of mixing and matching, I thought it would be good to try the two sauces together in one wing.

When you you mix the two together, the sweetness form the honey stays and the heat from the suicide sauce in the Charlie wings mellows a bit.

Meaning, everything gets even better!

Mixing the honey X-hot and the Charlie would almost make it too busy, except the bbq sauce is adding nothing. SO the blend becomes a spicy honey teriyaki wing.

Unsurprisingly, they have this in the form of a Spicey Honeyaki!

So go here and mix up your own perfect wing.

I’ll be back to try some new combinations and create the perfect sauce.

Mixing the Charlie and the Honey X-hot together creates a better sauce than either of the two sauces put together. Close to the Spicey Honeyaki, maybe with a splash of suicide.