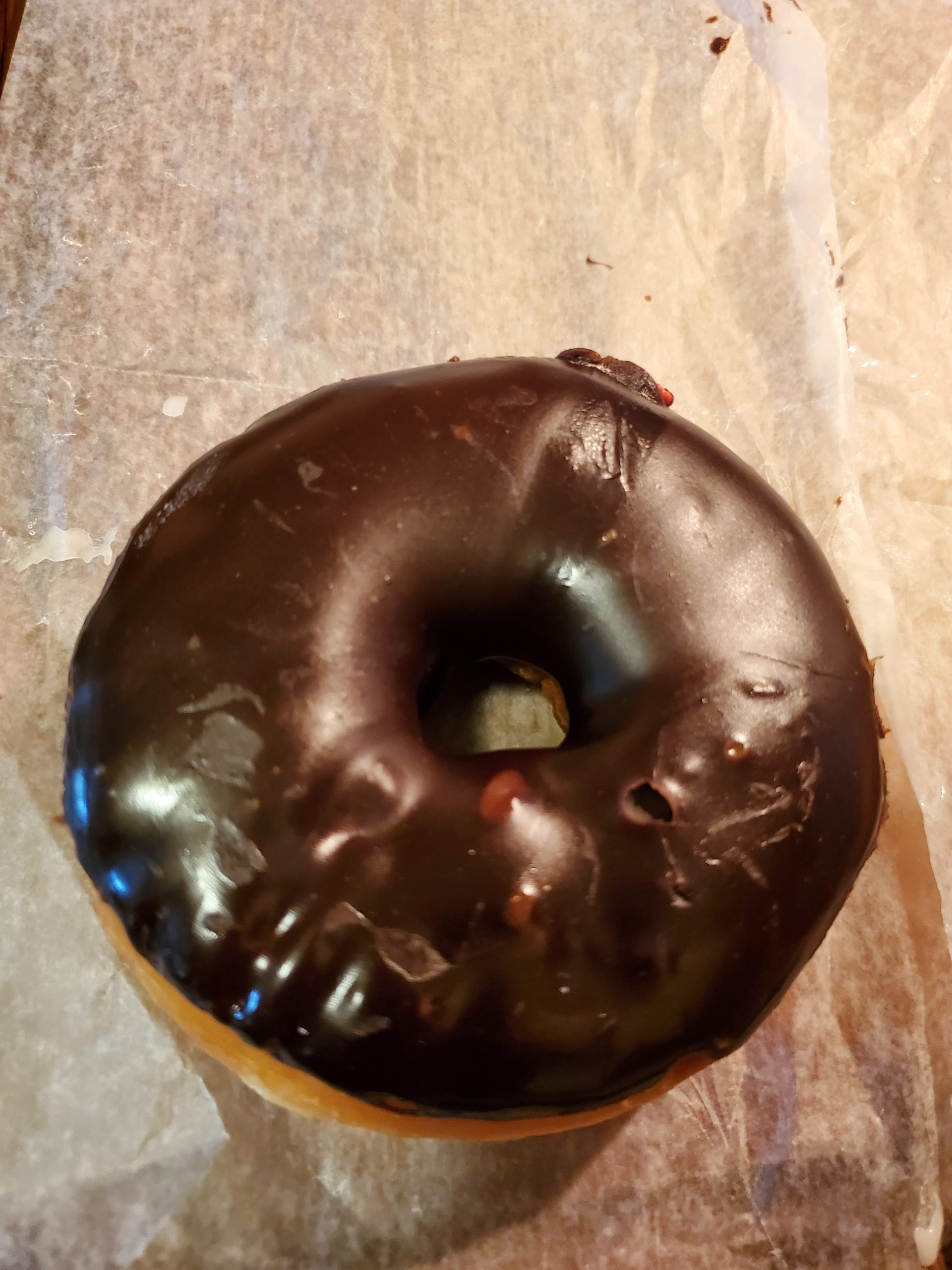 On the search for the best donuts in Connecticut brings us to Faddy’s Donuts in East Hartford.

Faddy’s, as you can see from the photo, is a little cart.

To find it, you need to go to the front of the entrance to Cabela’s in East Hartford.

There, they churn out fresh donuts non-stop.

We got one of everything they had.

Some were good, some were really good.

We’ll start from the bottom and work our way up.

The glazed donut is just too much.

The glaze is sickly sweet.

It’s just too much too fast.

But then again, it is a glazed donut.

The inside of the donut is not bavarian cream.

And there is a lot of it.

Instead of filled, the donut is cut in half like a vanilla pudding sandwich.

The frosting is solid, like a crisp chocolate cake frosting.

If the pudding was better (like vanilla bean, or true Bavarian cream), this would be phenomenal.

There are lots of sprinkles here.

They add a nice sweetness to the donut, but become overpowering

This one was tied for best donut. Possibly because it came out super fresh.

The exterior is crisp, with a mostly sugar coating.

The inside is doughy and borders on undercooked (that’s a good thing).

Has a small bit of that artificial apple flavoring cider donuts can sometimes get.

Not a complaint, just an observation. Overall, a wonderfully cooked donut.

Tied for the best donut at Faddy’s, I gave this one the edge because it wasn’t as fresh as the cider donut, and still so good.

The top to this donut doesn’t taste the same as the chocolate frosting on the Boston Cream.

It was so good.

The only downside is the rest of the donut doesn’t taste like much else.

It’s just the chocolate flavor that you get.

In fact, if Faddy’s started a fudge shop instead with this frosting, I’d be at the front of the line.

Plain donuts aren’t what is going to excite you here. Go for that chocolate frosting wherever you can. And if it has a flavor to the donut (e.g. chocolate donut, cider donut, etc.), get that as well.