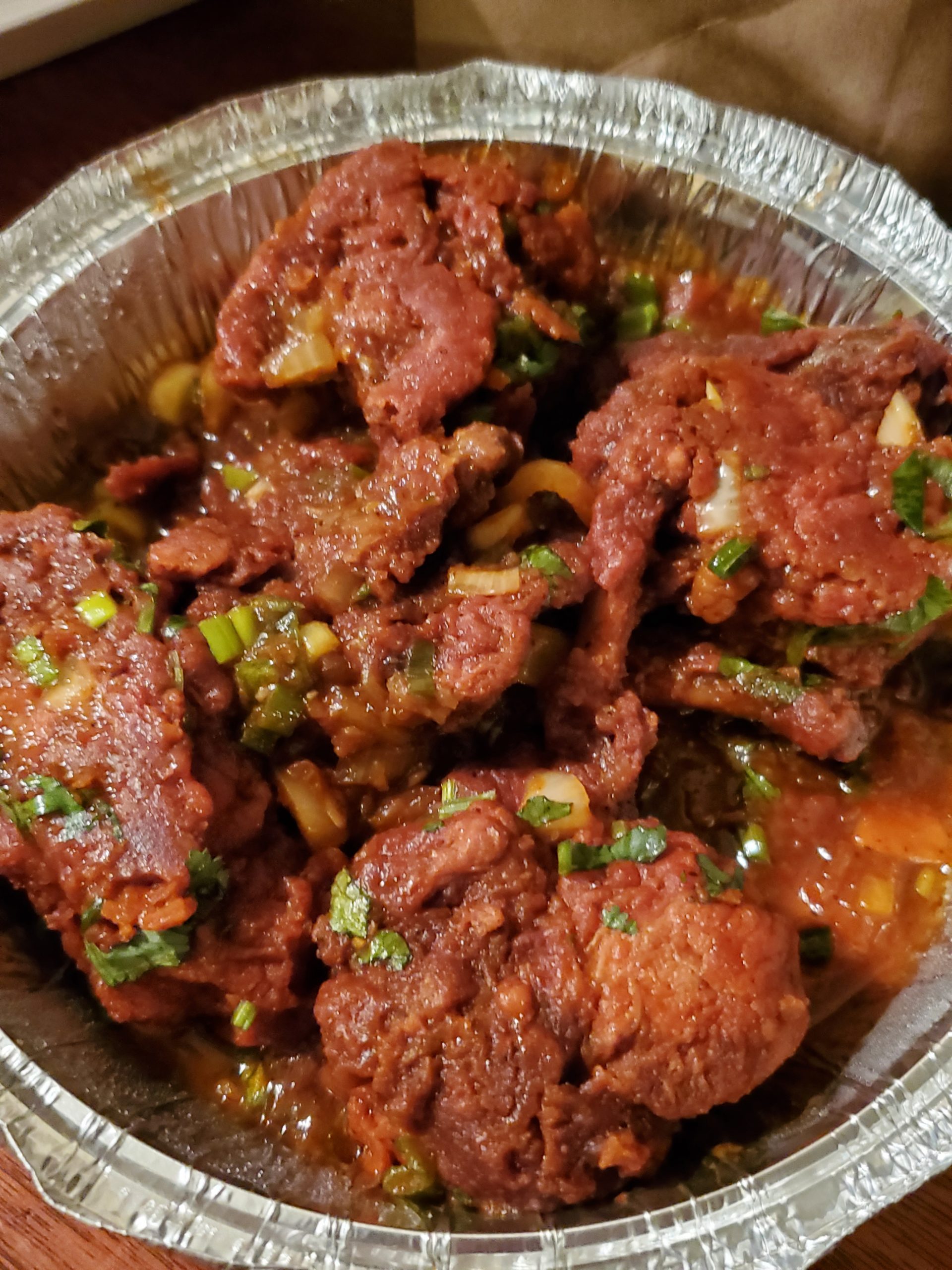 Trying to hunt down some serious Indian food in Connecticut, is going to bring us all over the state.

Especially since at least 2018, people from India are the largest immigrant population in Connecticut.

So soon enough, we may actually start to see some regional cuisines pop up instead of just North/South Indian cuisine.

Until we start getting that, let’s check out a bunch of Indian restaurants.

Starting back up with Guntur Mirchi in Manchester.

Thing is, they have quite a few foods from the Andhra Pradesh region (southeast coast), so we decided why not lean in there and see what they’ve got?

They dead giveaway is the

Dough balls that are traditionally only found in the southeast.

These spongy dough balls have the consistency of ground chicken.

I know, it sounds weird, but texture wise it isn’t bad.

There is a light cardamom flavor, but nothing else noteworthy.

It is weirdly sweet.

Even the dough is sweet.

This dish made by Pakistani immigrants in Glasgow as a variant of North Indian Butter Chicken, would not be expected to be great at a place like this.

The dish overall was very light on chicken.

Instead, it added a lot of onions and peppers, which is just weird.

The chicken is dry and sauce is very sweet without a lot of depth of flavor.

Then, they cover it in a tomato and onion ‘salad’.

It is quite spicy, as all the seeds and ribs are still inside, but it is actually quite good.

It just gets a little overpowering over time.

Chilli chicken
I had to put these two right above each other. Becuase they look like almost the exact same dish.

Chilli chicken is not bad, it’s chicken in a generic Indian brown sauce.

That generic brown sauce has got some mild spice to it, with onions and pepper.

Now compare that picture of the Chilli Chicken to the Chicken Lollipop Drumsticks, and the only observable difference is the lack of peppers and onions.

These are chicken drumsticks with the meat pulled up, lollipop style.

The sauce as a heavy blend of tomato and spice.

There is also a nice brown sugar flavor that mellows the spice a little.