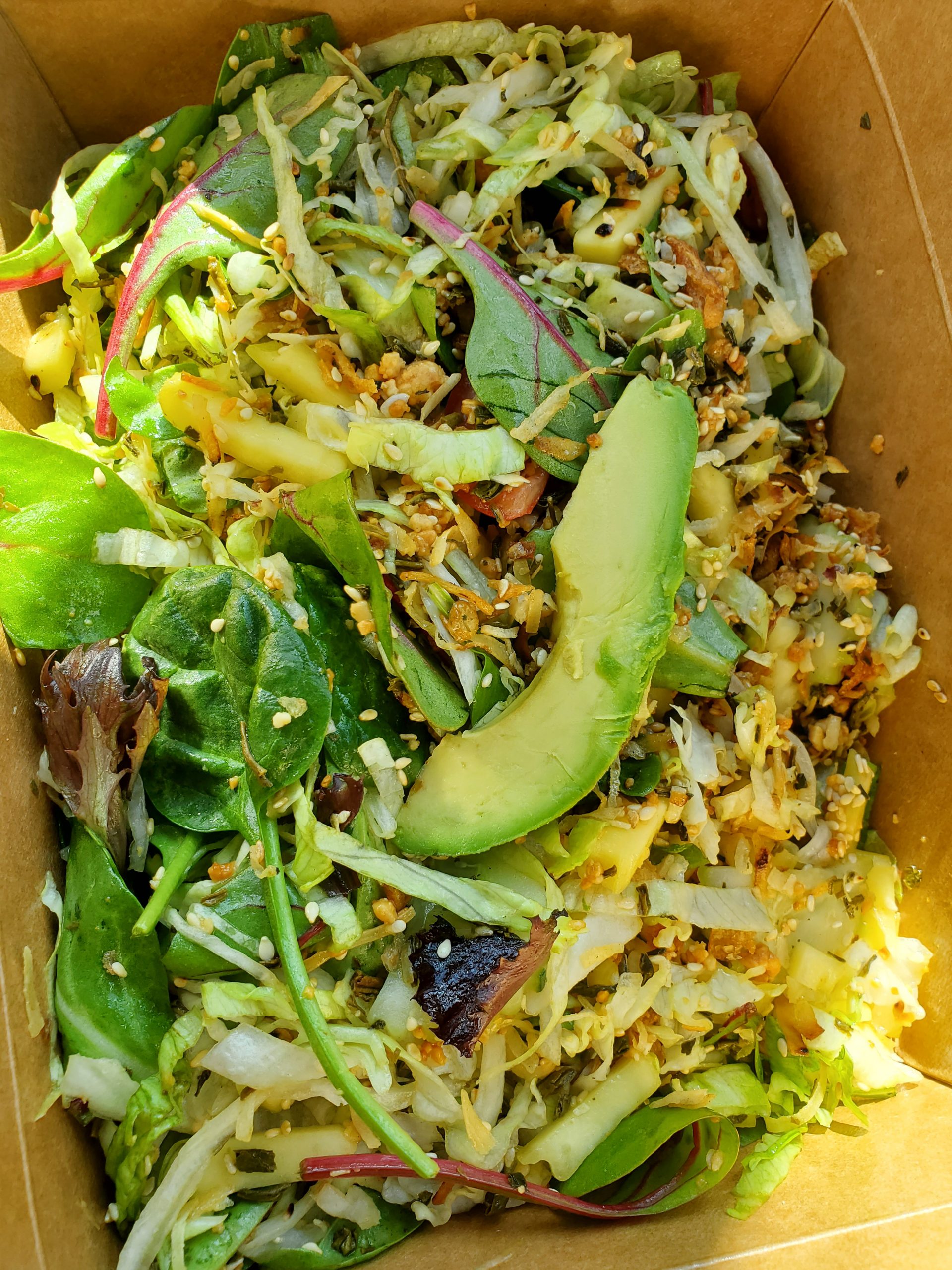 Something always seems off about it’s reviews.

Part of the reason is that some places pay for reviews, which artificially alter the reviews of their business.

But when someone puts out a list of the Top 100 Places to Eat in 2021, and some are in Connecticut, I’m like a moth to flame.

Even when it is Yelp.

September in Bangkok models itself as an authentic Thai restaurant.

According to rumor, some of the things to try here are the Duck Wraps, and the Tea Leaf Salad.

I’ve been skeptical of duck, never really being a fan.

Then I had the Duck Pancake at Fujiya Ramen and was so blown away I thought I’d grown up enough to appreciate duck.

The duck here is thick and meaty, and that’s about the end of it taste-wise.

The wraps break apart too easily from the oil from the duck.

The dominant flavor is the frizzled onions, which is nice enough but the whole thing is kind of plain.

The tamarind sauce is very nice, but not enough to save the whole thing.

This salad is HUGE.

The flavors are also super fresh.

There is the occasional piece of fruit (mango) add a real nice burst of sweetness.

But bite to bite, the salad is very inconsistent.

Some bites being very good, some tasting like teat tree oil toothpicks.